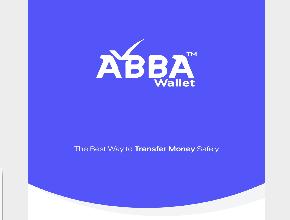 In November, we launched ABBA, a powerful web based application at africabba.com (its Mobile App is coming soon) and in December, we are launching the most powerful yet, a Mobile App, ABBA Wallet at abbawallet.com, which will enable all 1.2 billion African consumers to send and receive money up to an equivalent of USD $25,000 in a single transaction, easily and safer, in real-time, to and from anyone anywhere in Africa.

The power of Africa's economic exponential growth lies within Africans to be able to move money, legally, in a fast, secure and cheaper way, for their personal and business use.

Currently, the system is designed to make Africans not able to move money faster, which is the fact that without having access to moving money fast, then the economic growth of Africa is limited and centralized.

It is the truth that developed countries are able to move money from A to B faster, safer and secure, but in Africa, they made it nearly impossible for Africans to best intra-trade, and thus slowing Africans from living their best.

Well, this is about to change, just within 3 weeks, things will change with the launch of ABBA Wallet at abbawallet.com.

And the next bigger thing?

The next App to debut is SASE by ABBA, which will be a more powerful App to further unleash the power of Africa's massive possibilities.