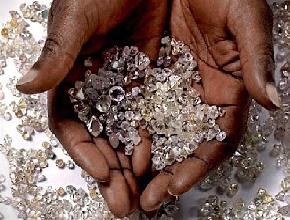 What Do We Really Know About Africa?

All historians agree that it was the Roman use of the term 'Africa' for parts of Tunisia and Northern Algeria which ultimately, almost 2000 years later, gave the continent its name. There is, however, no consensus amongst scholars as to why the Romans decided to call these provinces 'Africa'.

Africa has eight major physical regions: the Sahara, the Sahel, the Ethiopian Highlands, the savanna, the Swahili Coast, the rainforest, the African Great Lakes, and southern Africa.

Africa is sometimes nicknamed the "Mother Continent" due to its being the oldest inhabited continent on Earth. Humans and human ancestors have lived in Africa for more than 5 million years.

Mother Africa is the common ancestor of all people of African descent irrespective of their physical characteristics and current location on this planet. However, there is a universal principle or a golden rule of nature to the effect that as a person thinks so is that fellow.

The current population of Africa is 1,415,216,977 as of Sunday, October 30, 2022, based on the latest United Nations estimates. Africa population is equivalent to 16.72% of the total world population.

The wealthiest countries in Africa as of 2021 ranks South Africa the concentrated largest amount of private wealth in Africa as of 2021, some 651 billion U.S. dollars. Egypt, Nigeria, Morocco, and Kenya followed, establishing the five wealthier markets in the continent.

On average, over 800 million people from all over Africa buy their items, each day, from different sellers in different parts of Africa, but without a well defined centralized system to provide them with relevant data for them to make informed decisions at the point-of-purchase.

Africa Better Business Agency (ABBA), the premier Business Intelligence System (BIS), is focusing on leveraging AI and machine learning to deliver innovative solutions needed to implement and advance a trustworthy marketplace in Africa and in the process, bridge the gap between sellers and buyers of goods and services, while enhancing customer satisfaction throughout the African Continent.

The company's platform is a Centralized Autonomous System (CAS) of accreditation of over 700 million individual sellers, SMEs and large enterprises, centered on its core website and a mobile application, providing relevant data to over 1.2 billion African consumers who spend over USD $2.1 trillion annually for them to make informed decisions on purchasing goods and services from all over Africa.

What is the actual full potential of Africa?

Despite recent setbacks in Africa's largest economies, wealth creation has been strong in a number of areas, and total private wealth is now estimated to be US$2.1 trillion. There also an estimated 21 billionaires in Africa today. South Africa, Egypt, and Nigeria possess 56% of Africa's wealth, with DRC having the greatest abundance of natural wealth in the world, including a multitude of minerals such as diamonds, gold, copper, cobalt, cassiterite (tin ore) and coltan, as well as timber, coffee and oil. However, these vast resources have scarcely benefited the Congolese people.

Africa may be the least developed of the major continents—even the richest African countries lag far behind the wealthiest countries in the world—but its potential is both substantial and undeniable.

Despite Africa having the world's largest natural resources, Africa is the poorest continent in the world. GDP per capita of Asia, South America, and Africa are less than the global average. Four subregions have figures above $50,000 as Northern America is the richest subregion, followed by Australia and New Zealand, Northern Europe, and Western Europe.

So, how do we develop Africa to its full potential?